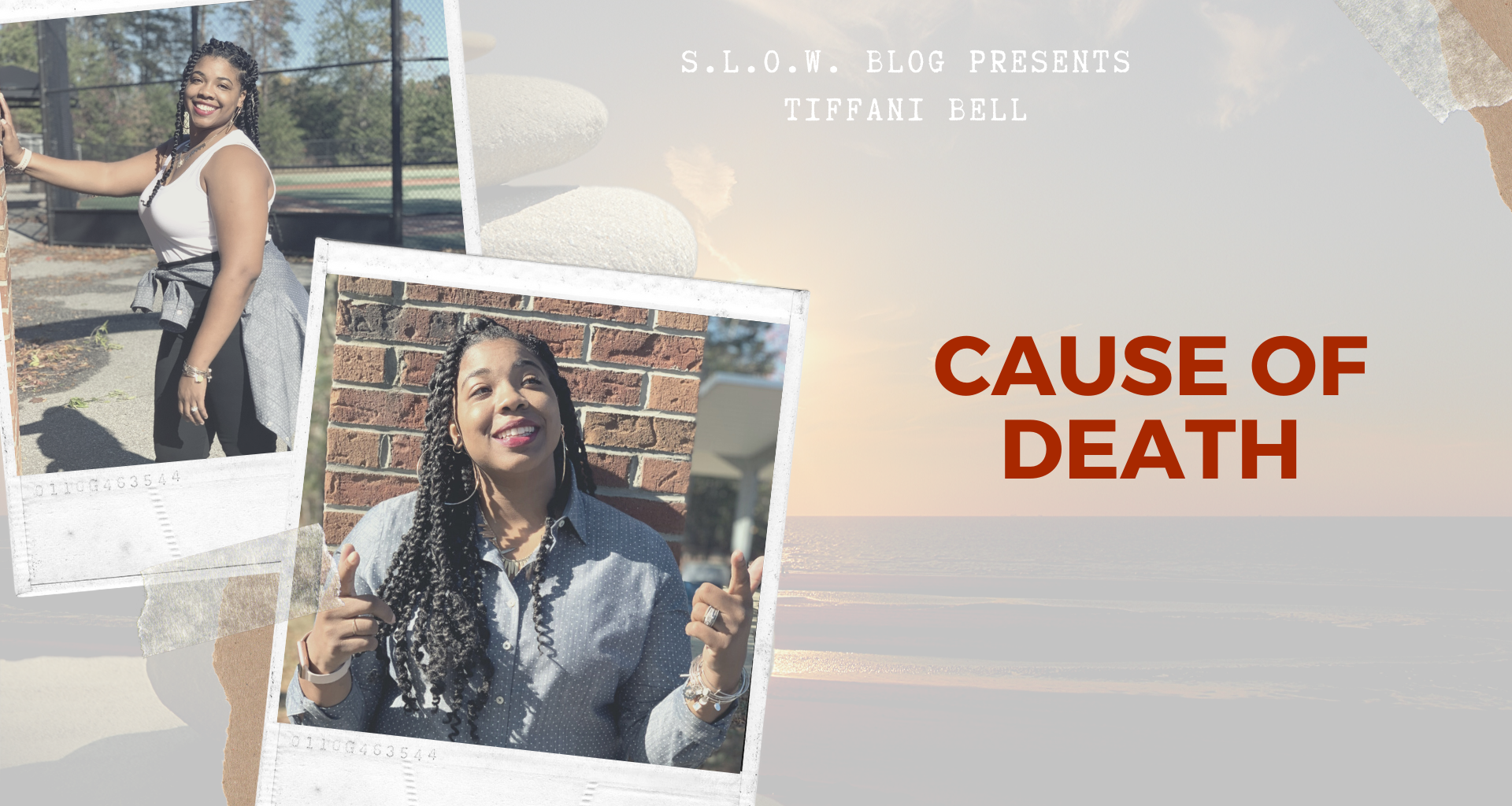 Ha! Did I get your attention?!

Distraction: a thing that prevents someone from giving full attention to something else.

As believers, our #1 priority is to be obedient to the Word of the Lord. If God said something to us it’s our responsibility to give FULL attention to what He said and be obedient to it. We are going to look at 3 examples of how things normally go with the people of God and then how things really should go.

We must be on HIGH alert for those distractions that come from within.

We all know the story. Man was alone, God created woman for man. Man and woman live in the garden and were told they could not eat of the tree of the knowledge of good and evil. Note this is not in the Bible but these are some thought provoking questions:

While Adam and Eve were in the Garden the serpent started talking to Eve(how or why he was even allowed there…IDK. Verse 1 says, “Now the serpent was more cunning than any beast of the field which the Lord God had made. And he said to the woman, ‘Has God indeed said, ‘You shall not eat of every tree of the garden?’” Eve responds appropriately with the Word of the Lord. But, the serpent doesn’t stop; he continues with his smart remark and this time Eve falls for it…hook, line, and sinker!

Its about to go DOWN!

Next thing you know we are at verse 6 and this is where she got distracted. The Bible reads, “So when the woman SAW that the tree was good for food, it was pleasant to the EYES, and a tree DESIREABLE to make one wise, she took of its fruit and ate. She also gave to her husband with her, and he ate.” Eve was cool, until she stopped giving full attention to the Word of the Lord and she started gazing at that tree…in this moment she was distracted. She no longer was thinking about what the Lord commanded, instead she was more focused on what the tree could provide her and she was led astray by her own desires…NOT the enemy (we give this guy too much credit).

As a result of her distraction, she entered into disobedience the moment she touched the fruit and we all know how the story ends. Adam and Eve are separated from God, etc. The point is: Eve got distracted by her own lusts and it caused her it disobey; this led to the death of all of mankind. We must be on HIGH alert for those distractions that come from within. We can distract ourselves by looking at things around us and not focusing on the Word of the Lord.

This one really gets me the most, because of all the people in the world we should be able to trust the people of God to give us a Word from the Lord…according to your Bible that may not always be the case. :-/ *insert heavy sigh*

So here’s the story, a prophet is on a mission to give the Word of the Lord to some town. (You have to read the story to get full details, I’m only summarizing and highlighting here) And with the Word of the Lord God also gives him some traveling instructions. He tells the prophet, once his assignment is over don’t eat with the people, don’t go into their houses, go straight back home and go this particular way.

The prophet does his job, speaks the Word of the Lord and is on his way back home and out of nowhere a “prophet” meets him on the road. This prophet says something completely contrary to what God said…check this out, “O the Lord spoke to me and told me to tell you it’s ok to come and eat with me.”  HUH!!!!!

When the “prophet” says something opposed to the Word of the Lord…RUN FORREST RUNNNN!

How sway…in this moment the real prophet should’ve ignored the invitation and continued his journey home. Instead, he believes the lying prophet and eats with him…therefore disobeying a DIRECT order from the Lord. Long story short, the prophet gets killed, because he listened to the lying prophet and disobeyed the Word of the Lord.

Let me preface my next statement by saying this: I am NOT against the prophetic, I am NOT telling you to disrespect nor disobey church leaders. What I am saying is when you know that you know that you know God told YOU to do something; you are held accountable to being obedient to that Word regardless of what any apostle, bishop, preacher, teacher, evangelist, missionary, deacon, deaconess, usher, etc. may tell you…POINT BLANK PERIOD. When God tells YOU to do something it is your responsibility to carry it out EXACTLY how He said carry it out and it’s your responsibility to know His voice and stay true to His voice no matter what the saints may say.

BEWARE OF THE PEOPLE OF GOD!!! They can and will knowingly or unknowingly distract you from the Word of the Lord and will lead you right to into disobedience, if you let them. My warning is to heed VERY VERY intentionally to the Word of the Lord so that we don’t become like this prophet who died because he listened to the lies of another “prophet”.

Jesus was tempted by Satan just like Adam & Eve. And he was being lied to just like the prophet. So what did he do different where the others failed. HE STUCK WITH THE WORD. The enemy attempted to tempt him 3 different times and on all 3 occasions Jesus responded with the Word of the Lord. He was focused on the Word of the Lord. Jesus stayed focus on His assignment and refused to get distracted by what the enemy attempted to show/provide him. That’s literally the only difference I see! Every time the enemy had something to say Jesus responded with the Word of the Lord and we know Jesus remained focused on His assignment all the way to his death on the cross. Not once did he get distracted by his earthly desires, his disciples, the enemy….nobody could stop Christ from doing the will of His Father! That’s the key, Christ was DETERMINED to do whatever it took to please Him even if it meant giving up His own life…there’s the ticket. Are we willing it give up our own desires so that we can remain obedient to His instructions?

Conclusion of the Matter

Distractions come in all shapes and sizes. We get distracted by our own desires, church folk, the news, social media, etc. you name it and we can be distracted by it! The bottom line is being distracted is not the sin…the sin is when we allow ourselves to get so lost in the distractions we start operating in disobedience! Disobedience is the sin. And I believe that many of us are walking in disobedience, because we have not remained FOCUSED on what the Lord has instructed us to do. Many assemblies are dying because of individual acts of disobedience caused by distractions. I’m not sure about you, but I refuse to allow distractions to cause me to enter into a state of disobedience. I’m willing to do whatever it takes and follow the example of Christ. Lay down my own lusts and desires and obey Him to the end. Will you join me?

Hi Guys, My name is Tiffani Bell and I just love Jesus. I'm here to spread the Gospel of Jesus Christ through writing. And that includes, but is not limited to blog writing, song writing, and more. I'm excited to finally create a space where millennial feel free to express themselves and set the record straight on what it really means to worship the Lord. Enjoy.

Read More
VVlog
God never intended for us to pray and worry! That’s backwards…even Moses had the wrong idea one time.…
Read More
iiTalk
This is a question that I believe isn’t asked enough because of the connotations behind the word “cool”.…
Read More
iiTalk
We want what we want when we want it! Maybe THAT should be the motto of the United…
Read More
iiTalk
Better late than never…but never late is better. Have you ever heard of the phrase? Well it applies…
Read More
iiTalk
In today’s day and age, I think that “we” (as young Americans) have become conditioned to be naturally…
Read More
VVlog
Did you miss my first interview with Brittany Yates? Check it out and if you haven’t already subscribe…